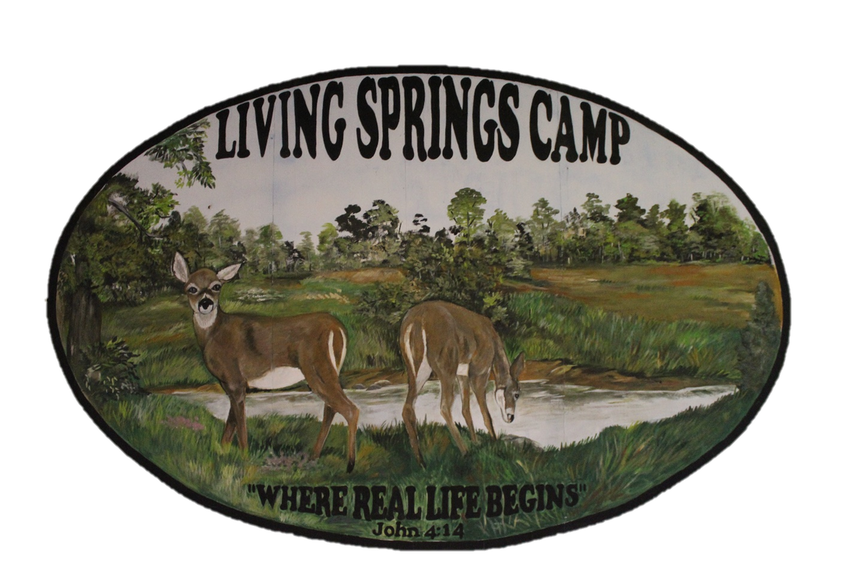 Let Us Introduce You to Living Springs Camp 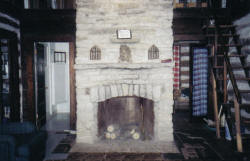 A huge native stone fireplace graces the spacious living room, which served as a meeting place and dining area for the campers during the first year of camp. The bedrooms and loft area served as sleeping quarters for the campers until cabins were built for the second year. A large 45 x 20 foot screened dining area was added to the log house the second year and overlooked the tree tops in the valley below.

Until 2008, a small two-story log cabin sat beside a large flowing spring. The cabin was constructed sometime in the 1860s. It contained only two rooms, one upstairs and one downstairs and at one time housed a family of eleven. 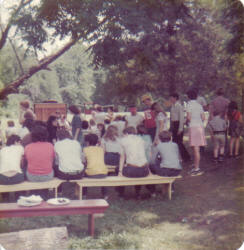 The first camping season was in 1971, with six weeks of camping involving 211 boys and girls. The camp program consisted of morning devotions before breakfast, classes in the morning, and inspirational services in the afternoon and evenings. Services were held under a huge oak tree beside the spring. Recreation of hiking, horseback riding, softball, volleyball, swimming, and archery was enjoyed by the campers. Each night after the service, there was a ‘fun time’ which varied from stunts to talent shows, campfires, etc. There was also a canteen where the children could purchase refreshments at specified times during the day. Three complete meals were served each day and were prepared by five groups of ladies. Meals were served family style. 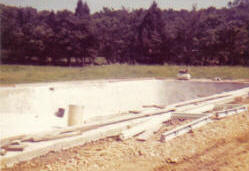 During the summer of 1973, Missionary Gerald Pieper from Guadalajara, Mexico donated his time and spent several weeks along with men from Second Baptist Church to build an approximately 25 x 50 foot in ground swimming pool for Living Springs Camp. The campers had formerly swam in the DuBois Creek that runs through the campground.

Find out more about us through the pages below:
​Our Story
​Our Team
Facilities
​Camping Schedule
Register
​Directions and Map
Contact Us
​